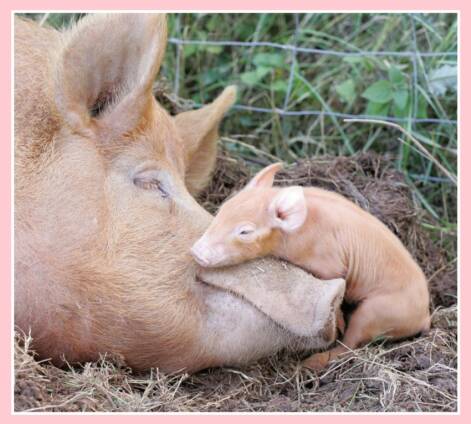 Pigs snuggle close to one another and prefer to sleep nose to nose. In their natural surroundings, pigs spend hours playing, sunbathing, and exploring. People who run animal sanctuaries for farmed animals often report that pigs, like humans, enjoy listening to music, playing with soccer balls, and getting massages.
Newborn piglets learn to run to their mothers' voices and to recognize their own names. Mother pigs sing to their young while nursing.
Pigs communicate constantly with one another; more than 20 vocalizations have been identified that pigs use in different situations, from wooing mates to saying, "I'm hungry!"
According to Professor Donald Broom of the Cambridge University Veterinary School, "[Pigs] have the cognitive ability to be quite sophisticated. Even more so than dogs and certainly [more so than human] 3-year-olds." 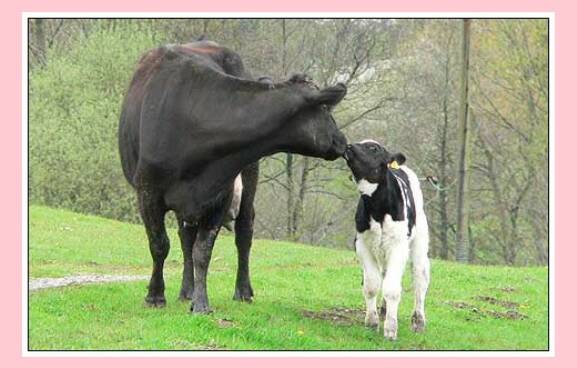 Cows are very social animals. They form large herds and will bond to some herd members while avoiding others.
They "moo" and use different body positions and facial expressions to communicate with each other.
The bond between a cow and her calf is very strong and continues after the calf is fully grown.
Some cows will nurse their calves for up to 3 years.
Cows can live 25 years. 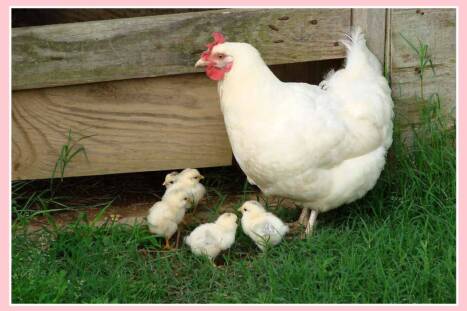 Chickens are very social animals. They will fight to protect their family and will mourn when a loved one is lost.
A mother hen begins bonding with her chicks before they are even born. She will turn her egg as often as five times an hour and cluck to her unborn chicks, who will chirp back to her and to one another.